Apart from the many interesting places just beyond the city limits of Pune, such as the Sinhagad Fort or the backwaters of the Khadakvasla Dam, tourists always make it a point to visit the twin hill-stations of Lonavala and Khandala for its bracing weather and the wonderful views you get of the valley and the snaking highway that leads to Mumbai. Lonavla is about 64 kilometers away from Pune and has several ‘points’ that offer breathtaking views of nature at her best. Lonavala is also known for its ‘chikki’ and fudge. Some of the other spots include the Ryewood Park and the Valvan Dam which has a garden at its foot. On the way to Khandala you can visit the Duke’s Nose which is popular with trekkers.

One of these is the Rajmachi Point which commands a view of Chhatrapati Shivaji’s famous fort, Rajgad, and the surrounding valley. 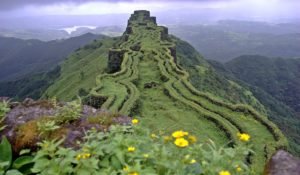 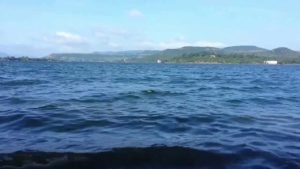 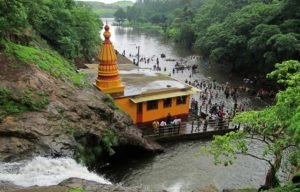 Yet another pair of hill-stations easily accessible from Pune are Panchgani and Mahabaleshwar. Located about 120 kilometers southwest of Pune, Mahabaleshwar is a vast plateau measuring 150 kilometers, bound by valleys on all sides. It reaches a height of 1,439 meters at its highest peak above sea level, known as Wilson or Sunrise Point. With its name derived from Sanskrit and meaning ‘god of great power’, Mahabaleshwar has lots to explore. Arthur’s Seat is one such interesting point from where you can get a view of Jor Valley. Another exotic location is Lodwick Point, located almost 1,240 meters above sea level. Some of the other points that you must visit are Monkey Point, Carnac Point, Falkland Point, Helen’s Point, Elphinstone Point, Mumbai Point, Marjorie Point and Babbington Point. For boating you must head to the Venna Lake.

Panchgani, about 100 kilometers from Pune, is nestled in the middle of five hills in the Sahyadri mountain ranges topped by a volcanic plateau, which is the second-highest in Asia after the Tibetan Plateau. This plateau, popularly known as ‘Table Land’, is a part of the Deccan Plateau. Some of the points that you must visit are Sydney Point from where you can see the waters of the Dhom Dam, Parsi Point that overlooks the Krishna valley and Devil’s Kitchen which has a mythological legend associated with it – it is believed that the Pandavas of the Mahabharat epic had stayed here for a while.

If you would like to see the magnificence of Indian art and history, you must make it a point to visit the caves of Karla and Bhaja, located about 15 kilometers from Lonavla. The more popular Karla Caves date back to 1st century BCE. After a trek uphill through the winding roads, the impressive rock-cut structure includes the ‘Stupa’, a representation of the Buddha, and an aisle made up of 37 pillars and carved elephant heads, which once had real ivory tusks. Just outside Karla Caves lies the Ekvira Temple, the chief shrine of the Koli (fishing community) and is visited by thousands of devotees every year. Exactly opposite the Karla ridge lie the Bhaja Caves dating to 2nd century BCE. 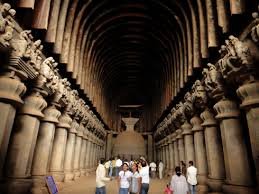 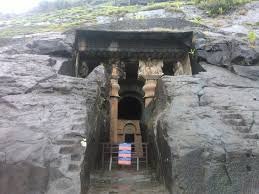 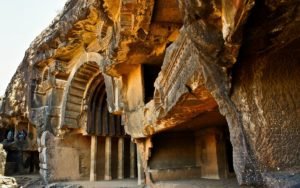 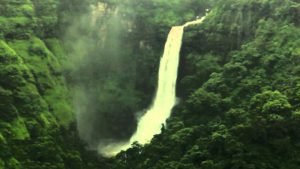 From Kamshet one can also visit the Bhedse caves. They are also dated to 1st century CE. For the history lovers the forts Visapur and Lohagad are just close to the Bhaja caves.
If you would like to see nature at its best and also pack in a little adventure, one of the best choices, especially during the monsoon, is Tamhini Ghat. It is during this time that the deep brown hills turn a verdant green and provide a feast for the eyes. The value addition is that you can also explore the backwaters of Mulshi Dam and spice up your vacation with a bit of river rafting.

If it is adventure you seek, head towards Kamshet, just 45 kilometers from Pune. In recent times it has become a hub for paragliders and the world-class facilities that have sprung up here attract a great number of flying sport aficionados to the place. One of the most popular sites for paragliding is Tower Hill which is the destination for hand gliding. Another one is Shelar which offers ideal conditions for soaring and thermal paragliding. Here, you can take off from a height of 175 feet above ground level. Kondeshwar Cliff, about 20 kilometers from Kamshet, is for the hardcore paragliding enthusiasts looking for some challenging flying adventure. It offers the right elevation of 2,200 feet for those with a head for heights. 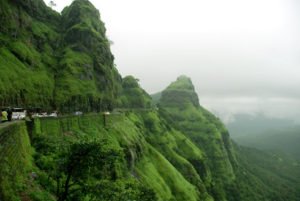 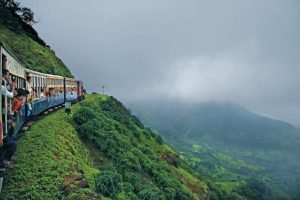 And if it is still a hill-station that you would like to spend some time at, Matheran is yet another wonderful option. The best part about going to Matheran, the starting point for which is the railway station of Neral on the Mumbai-Pune route, is that you can buy a ride on the tiny train that traverses the narrow gauge track to the top, offering you on the way breathtaking sights even as it negotiates the bends and the curves. The train makes its way around the verdant slopes and through thick forest cover. Matheran is known as the ‘pedestrian’ hill-station because all vehicles have to per force stop at Dasturi and tourists have to either walk or hitch a horse ride into Matheran. The hill-station in itself is an undulating hilltop cloaked in shady trees and ringed by walking trails leading to several vantage points from where you can have stunning views. It is also marked by its market place – a single street – which houses restaurants and shops.