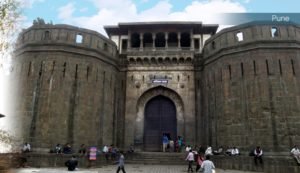 A city that comes together in diversity and versatility, offering up sounds, tastes and sights of a wide palate, Pune is the seventh biggest city in India and the largest city in the State of Maharashtra.

The history of Pune as a civilization dates back to sometime in the 6th century AD. The earliest evidence of the city can be found in Copper coins that date back to 758 AD – 768 AD, which belonged to an agricultural settlement known as Punaka Vishaya and Punya Vishaya. It is known that the Rashtrakutas ruled the region, which is currently Pune, at that time. Copper plates that date back to 960 AD identify the region as Punaka Wadi and in 963 AD, Punaka Desha.

In the latter part of the 9th Century, the region was ruled by the Seuna Yadava Dynasty. Maratha culture originates from the Yadava Culture. The Yadavas were the starting point in everything Marathi. Historian Digambar Balkrishna Mokash claims that the Yadavas seemed to be the first true Maratha Empire. The Seunas lost their territory to the Khalji Empire in the early 1300s.

The Marathas, The Mughals, The Peshwas and the British –
By 1327, the Nizamshahi Sultans reigned in the region and at the end of the 16th Century, Maloji Bhosale was appointed ‘Jagirdar of Pune and Supe’ by the Mughals. He was Shivaji Maharaj’s grandfather.
In 1625, the city started developing under Pune’s administrator, appointed by Shahaji Bhosale, Rango Bapuji Dhadphale. Dhadphale oversaw the construction of Kasba, Somwar, Ravivar and Shaniwar Peth. Peth literally means place or locality. Kasba Peth is the oldest Peth that exists in the city. It was around this time that the Lal Mahal (Red Palace) was built. This palace became the home to one of the most influential and extraordinary men in all of Maratha History, Shivaji Bhosale.

Shivaji was crowned Chhatrapati Shivaji Maharaj (King) in 1649. It was during his rule that the quality of life for the residents of his Dynasty improved substantially. A religious man, his administration opposed the poor treatment of women, forceful conversions of religion, destruction of religious monuments and slavery. He established a progressive civil rule and implemented structured administrative organizations. A pioneer of guerilla warfare, Shivaji maintained a well regulated and disciplined military. During his rule, the rest of the Peths came into place: Guruwar, Mangalwar, Shukrawar, Bhavani and Ghorpade Peth.
By 1660, after the demise of his father Shahaji Bhosale, the Maratha Empire was established as an independent kingdom and they became an officially recognized power. The King of the People – Shivaji Maharaj passed away in 1680 after which his son Sambhaji Maharaj took reign.

The Mughal Empire still ruled most of the Indian Subcontinent and Aurangzeb had chosen to ignore the rise of the Maratha Empire for a while. At one point he and Shivaji even entered into a treaty. Shivaji kept changing allegiance between the muslim rulers in the country. After his demise, Aurangzeb captured Shivaji’s son and tortured and murdered him before annexing Pune to the extensive and powerful Mughal Empire. For a while he renamed Pune as Muhiyabad.

For two decades Aurangzeb stayed at war with the Marathas. The Marathas, fierce as they were, refused to be crushed and sustained themselves. Aurangzeb finally died at war in 1707. After his death the Mughal Empire saw a constant decline, till it had control of nothing more than the Delhi.
At this time the Maratha Empire came back into what it used to be. The year 1719 saw an important turn of events in the history of Pune when the first Peshwa (Prime minister) was appointed under the rule of the 4thMaratha Emperor. Bajirao I is reputed to have never lost a battle and expanded the Maratha Empire much more than Shivaji had already done. During his lifetime, Bajirao I built the Shaniwarwada and the Parvati Temples. He is also majorly responsible for urbanizing the city and putting up a few more Peths: Ganesh, Sadashiv, Narayan, Rasta and Nana Peth. He also designed a water supply system that ran from the Katraj lake to the southern part of the city. Bajirao is said to have died as he lived, amongst his men under a canvas in camp. The Maratha Empire reached its peak under his predecessor, but after one of the largest battles of the 18th Century this too began its decline.
In 1817, the Battle of Khadki took place in the area that now falls between Dapodi – Bopodi – Khadki – Aundh – the Pune University Campus and the Agricultural College of Pune. This battle marked the end of Maratha polity.
Then came the final invasion: The British.

Although the British had been around in the region since 1820, they took over the city only in 1818. They put Pune under the Bombay Presidency. The City became central to the development of ammunition and firearms. During their reign, the British set up an extensive ammunition factory which still exists till date and is now used by the Indian Army.

The first College in Pune was established in 1821, it was the Deccan College which is still running today.
In around 1858, Pune got on board the Revolt of 1857, also known as the Indian Mutiny or the First War of Independence. Adopted son of the last Peshwa Bajirao II, Nanasaheb Peshwa along with Rani Laxmibai of Jhansi and Tatya Tope rose against the British East India Company along with other regions of Company controlled India. They went on to become folk heroes in the national movement later on in the century. The first rebellion was unsuccessful.

The Municipality of Pune was finally set up in 1858 and only saw its first elected officials in 1883. Five years after the first train ran in India, Pune was connected to Khandala by rail in 1848. The British went on to establish the remainder of the Peths: Ganj Peth (now known as Mahatma Phule Peth) and Navi Peth. During their reign in India, Pune saw great development over the century that followed. The Deccan Education Society was set up in 1880 which led to the establishment of Fergusson College in 1885.
At the turn of the century, the Deccan Gymkhana Club was set up in 1906. Electricity first came into the city in 1910 which then lead to the establishment of Napier Cinema, Pune first Cinema Hall. It ran silent movies till 1931, when it became ‘talkies’. This Cinema hall still stands in Pune as Westend Talkies. In 1933, Prabhat Studio was moved to Pune. It was the most sophisticated studio in Asia at the time. Today it stands as the Film and Television Institute of India.

The Pune Railway Station was built in 1920 and by 1920 The Deccan Queen was inaugurated as the fastest train in India. It traveled Mumbai to Pune in 2hrs 45mins.
A lot of the freedom fighters were educated in Colleges in Pune. During the struggle for independence, Mohandas Karamchand Gandhi was imprisoned at the Yerwada Central Jail several times – one of the biggest Jails in the country. In between 1942 – 1944, he spent his sentence of House arrest at the Aga Khan Palace which today is a museum which people can walk through and see how the man lived. His wife, Kasturba Gandhi and his secretary and aide Mahadev Desai passed away at this Palace.

Post Independence –
After Independence in 1947, Pune saw a lot of development. Pt. Jawarlahal Nehru named the city ‘The Oxford of the East’ due to the vast educational institutes that had come up in Pune. The city saw the establishment of The National Defense Academy, the National Chemical Laboratory and the Southern Command in the region. The Industrial Sector took off in Bhosari, Hadapsar, Pimpri and Parvati. The Automobile sector saw a huge boost with the start up or Telco (now Tata Motors) in the city in 1961. The same year, the Panshet dam burst and flooded the city damaging a lot of older constructions. The unfortunate incident gave way to modern constructions. The Construction Industry grew extensively and by 1966 the City had developed and expanded in all directions.

1970 saw the city become the leading engineering city in the country with the expansion of Telco, Bajaj, Kinetic, Bharat Forge, Alfa Laval, Atlas Copco, Sandvik and Thermax. By 1990, the Information Technology and Engineering Industries started bringing in foreign capital. By 2000, Pune became the city with the most IT professionals with IT parks coming up in Aundh, Hinjewadi and Nagar Road.

In 1998, another attempt was made to connect with Mumbai. The construction of the Mumbai – Pune Express way began. It was completed by 2001. What used to take five hours one way has now become an easy two and a half hour drive to complete.

2008 saw the Commonwealth games take place in the city. Bringing the national games to the city, pushed the city to clean up its act and bring in some color and get a bit more environmental friendly. Led by Vaibhav Shah, Artists in the city took their paint brushes to dreary walls and painted history on them. The Municipality introduced CNG buses, and CGN autorickshaws came into force. They haven’t completely out ruled petrol/ diesel rickshaws, but the city is working toward it.

Pune is blooming and blossoming briskly as an important metropolis in the country. As the time passes, Pune history, too, will get more and more enriched.